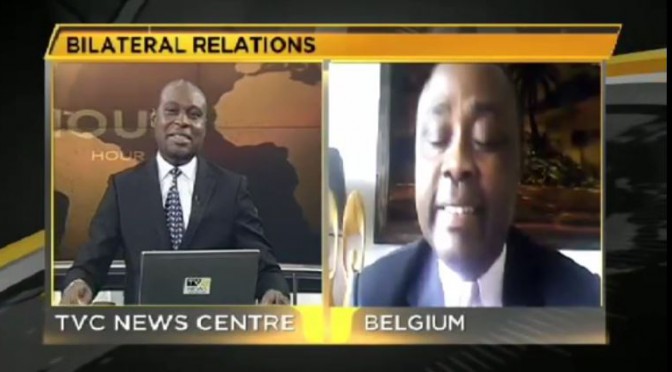 On invitation of President Francois Hollande of France, President Muhammadu Buhari of Nigeria arrived France on a State Visit on Monday 14 September 2015. On Day 2 of the bilateral meeting, I was invited by TVC News for a policy analysis of the French-Nigerian bilateral relations.  The considerations that shaped  my thoughts in the run-up to the TVC NEWS policy analysis were:

The discussion was clustered into three segments except the appointment of a foreign affairs minister. These clusters are diplomacy, trade relations and cultural diplomacy. On the appointment of a foreign affairs minister, there are indications that apart from reducing Mr President’s workload when a minister is appointed, not much difference is expected in the foreign policy direction of the country. Indeed in some quarters, there is the reasoning that delaying appointment of ministers may be a strategy to initially define all policy directions so that when the ministers assume office, they would simply toe the established line. If so, it may not be entirely bad as long as it does not stifle the policy creativity of the ministers.

Another aspect of conversation which I hoped an extra time would allow discussion on is the role of the Diaspora in Nigeria foreign policy. But it was not to be, which is not a big issue. All in all, I thought it was an engaging conversation. Watch the TVC News interview here