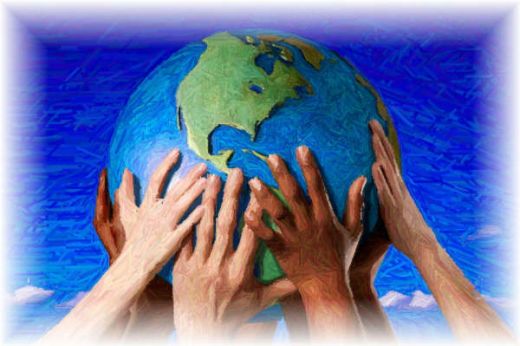 As the world reels from the Brexit shock, it is dawning on economists and policymakers that they severely underestimated the political fragility of the current form of globalization. The popular revolt that appears to be underway is taking diverse, overlapping forms: reassertion of local and national identities, demand for greater democratic control and accountability, rejection of centrist political parties, and distrust of elites and experts.

This backlash was predictable. Some economists, including me, did warn about the consequences of pushing economic globalization beyond the boundaries of institutions that regulate, stabilize, and legitimize markets. Hyper-globalization in trade and finance, intended to create seamlessly integrated world markets, tore domestic societies apart.

The bigger surprise is the decidedly right-wing tilt the political reaction has taken. In Europe, it is predominantly nationalists and nativist populists that have risen to prominence, with the left advancing only in a few places such as Greece and Spain. In the United States, the right-wing demagogue Donald Trump has managed to displace the Republican establishment, while the leftist Bernie Sanders was unable to overtake the centrist Hillary Clinton.

As an emerging new establishment consensus grudgingly concedes, globalization accentuates class divisions between those who have the skills and resources to take advantage of global markets and those who don’t. Income and class cleavages, in contrast to identity cleavages based on race, ethnicity, or religion, have traditionally strengthened the political left. So why has the left been unable to mount a significant political challenge to globalization?

One answer is that immigration has overshadowed other globalization “shocks.” The perceived threat of mass inflows of migrants and refugees from poor countries with very different cultural traditions aggravates identity cleavages that far-right politicians are exceptionally well placed to exploit. So it is not a surprise that rightist politicians from Trump to Marine Le Pen lace their message of national reassertion with a rich dose of anti-Muslim symbolism.

Latin American democracies provide a telling contrast. These countries experienced globalization mostly as a trade and foreign-investment shock, rather than as an immigration shock. Globalization became synonymous with so-called Washington Consensus policies and financial opening. Immigration from the Middle East or Africa remained limited and had little political salience. So the populist backlash in Latin America – in Brazil, Bolivia, Ecuador, and, most disastrously, Venezuela – took a left-wing form.

The story is similar in the main two exceptions to right-wing resurgence in Europe – Greece and Spain. In Greece, the main political fault line has been austerity policies imposed by European institutions and the International Monetary Fund. In Spain, most immigrants until recently came from culturally similar Latin American countries. In both countries, the far right lacked the breeding ground it had elsewhere.

But the experience in Latin America and southern Europe reveals perhaps a greater weakness of the left: the absence of a clear program to refashion capitalism and globalization for the twenty-first century. From Greece’s Syriza to Brazil’s Workers’ Party, the left has failed to come up with ideas that are economically sound and politically popular, beyond ameliorative policies such as income transfers.

Economists and technocrats on the left bear a large part of the blame. Instead of contributing to such a program, they abdicated too easily to market fundamentalism and bought in to its central tenets. Worse still, they led the hyper-globalization movement at crucial junctures.

The enthroning of free capital mobility – especially of the short-term kind – as a policy norm by the European Union, the Organization for Economic Cooperation and Development, and the IMF was arguably the most fateful decision for the global economy in recent decades. As Harvard Business School professor Rawi Abdelal has shown, this effort was spearheaded in the late 1980s and early 1990s not by free-market ideologues, but by French technocrats such as Jacques Delors (at the European Commission) and Henri Chavranski (at the OECD), who were closely associated with the Socialist Party in France. Similarly, in the US, it was technocrats associated with the more Keynesian Democratic Party, such as Lawrence Summers, who led the charge for financial deregulation.

France’s Socialist technocrats appear to have concluded from the failed Mitterrand experiment with Keynesianism in the early 1980s that domestic economic management was no longer possible, and that there was no real alternative to financial globalization. The best that could be done was to enact Europe-wide and global rules, instead of allowing powerful countries like Germany or the US to impose their own.

The good news is that the intellectual vacuum on the left is being filled, and there is no longer any reason to believe in the tyranny of “no alternatives.” Politicians on the left have less and less reason not to draw on “respectable” academic firepower in economics.

Consider just a few examples: Anat Admati and Simon Johnson have advocated radical banking reforms; Thomas Piketty and Tony Atkinson have proposed a rich menu of policies to deal with inequality at the national level; Mariana Mazzucato and Ha-Joon Chang have written insightfully on how to deploy the public sector to foster inclusive innovation; Joseph Stiglitz and José Antonio Ocampo have proposed global reforms; Brad DeLong, Jeffrey Sachs, and Lawrence Summers (the very same!) have argued for long-term public investment in infrastructure and the green economy. There are enough elements here for building a programmatic economic response from the left.

A crucial difference between the right and the left is that the right thrives on deepening divisions in society – “us” versus “them” – while the left, when successful, overcomes these cleavages through reforms that bridge them. Hence the paradox that earlier waves of reforms from the left – Keynesianism, social democracy, the welfare state – both saved capitalism from itself and effectively rendered themselves superfluous. Absent such a response again, the field will be left wide open for populists and far-right groups, who will lead the world – as they always have – to deeper division and more frequent conflict.