Politics and elections should be about people. It shouldn’t be just about State structures or budgets. The new Green that I align with sees a twin issue, not a single issue. Yes, the climate is changing. But the social climate is also changing. I do not want to save the planet earth with nobody to live in it. Thus, I am concerned about the incredibly fast pace at which planet earth is depleting. In equal measure, I am deeply worried about the growing inequality between people within Europe, but also between European citizens and people from other countries. The traditional parties would like to make you believe that high unemployment and the poor economy is as a result of massive migration. That does not add up. They won’t tell you that their neo-liberal and conservative social and economic policy path since the 1980s is the direct cause of the financial crisis of 2008, the euro crisis of 2010 and rising poverty  (25% or 121 million poor Europeans) especially youths and infant poor. I believe in a people-centered economic and social policy driven by fair and equitable policies with a win-win for all. 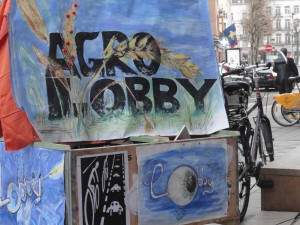 The influence of lobbyists in European politics should be put to check by a clearer arrangement. A   compulsory registration registry is the minimum. This will facilitate a more transparent, fairer Europe with respect for individual freedoms. We can’t rescue the euro but lose the Europeans. The activities of the lobbyists help to put too much emphasis on economic growth and too little on democratic and social growth, transparency in decision making and the deontology of the representatives of the people. A fairer Europe that I represent will de-emphasize too many economic interests and place the emphasis on the rights of the human person, his privacy and personal freedom.

Cooperate rather than compete 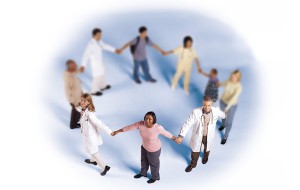 Cooperation rather than competition is the winning formula for a purposeful Europe. This guarantees that Europe protects rather than threatens its citizens. The Green political family in the European Parliament will advocate for decent jobs and equal standards such as an equal income for equal work. We want a basic income for everyone so that more self-determination and flexibility is achieved. We strive for quality education and guarantees on jobs for young people. We want a social Europol and strong cooperation between the national social inspection services to ensure that abuse on salary, housing and undermining of social security systems is made impossible. We will propose laws that will sharpen existing solidarity mechanisms, reward those that collaborate and penalize those that undertake unfair competition practices. 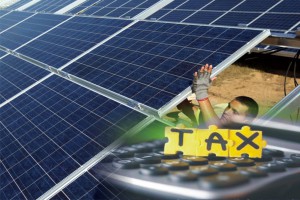 I advocate for green tax regime based on the principle that the polluter should pay, but also that the strongest shoulders bear the heaviest burden as long as we do not break their backs. There must be an absolute halt to tax havens, fiscal amnesty and tax evasion. Europe must strive for greater transparency in the use of funds and not unilaterally a fair financial policy that focuses on savings but creates opportunities for future generations by smart investments in green jobs.

It is sad that a teacher who trained in Africa or Asia before migrating to Europe is unable to find a job as a cleaner in a school where he or she should be teaching. It is also intolerable that a migrant who qualified as a Medical Doctor in his or her homeland cannot work even as a nurse in an hospital without going back to school for some three years. It is even more depressing to note that in the UK for instance, a Diaspora Medical Doctor is simply required to take a professional entry exam and is admitted to practice the medical profession if successful in the exam. Why is this possible in the UK and not in Belgium for example? This is a loss for both the individuals involved and Europe as well. The European Parliament has a role in professional policy harmonization.

An inclusive and welcoming Europe sees no one as illegal. Europe must regulate migratory flows so that refugees – temporarily or otherwise – can get a safe haven. Europe has unmet and mismatched labour needs. While retraining and adaptation of training and education curriculum is required to serve the labour market better, studies and recent experiences in the care sector have shown that migration can be tuned to the needs of the labour market. We must be tough on human traffickers and employers who exploit undocumented migrants but Europe must enact more effective laws. The absence of such laws creates incentives for the bad guys. The message should be: tackle crime but don’t forget to tackle along the causes of crime. Europe must compel member states to comply better with European conventions on asylum policy and human rights. 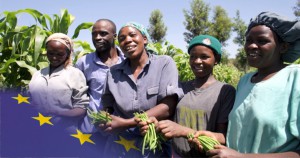 Trade between Europe and Africa is as old as mankind. Trade, not aid, must define the new Europe – Africa relations. Work is needed on both sides to accomplish this laudable ideal. Fair trade policies are at the heart of this new, equitable relationship. On the face of it, any move in the direction of equitable Africa – Europe Trade Policy will ring a bell of disadvantage for Europe and a win only for Africa. I do not think so because I’m convinced that fair trade is a deciding component of a fairer Europe. This will ultimately translate into a win-win for all. I want to see a European Parliament that encourages Europe to trade fairly with Africa in the expectation that proceeds from such trade relations will surpass aids financed by the European tax payers. It will also break the unhealthy culture of Africa dependence on Europe, albeit in a gradual, phased out and durable process.