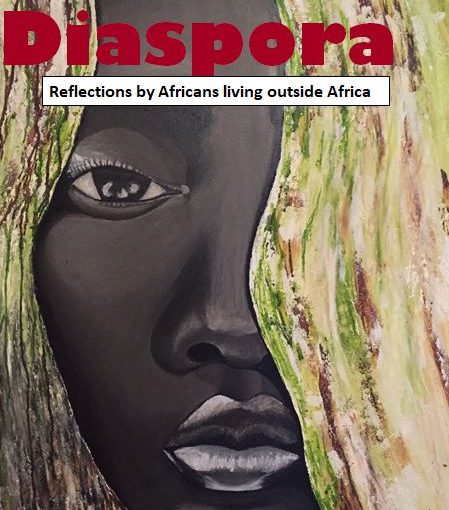 Echoes from the Diaspora is a literary project that seeks to put together an anthology of a broad range of writings by African Diaspora in Europe, the Americas and the Pacific. The book will include works of new, unpublished writers, young people, as well as some of the accomplished African Diaspora writers of our time. The choice of bringing together the Goliaths and the Davids of the African literary world is based on the notion of camaraderie. The published writer may wish to see herself or himself as a mentor and the budding writer would find in the mentor a source of inspiration, and who knows, may take off from there to do greater things.

How the Diaspora Evolved The first wave of African Diaspora migration of the late 20th century comprises of young men and women who, often sponsored by their governments, came to the West for study purposes. A large number went back with their acquired knowledge and skills to help in the building of a continent. Others stayed behind for various reasons. Whatever the reasons, not returning to Africa meant a loss of some sort to the continent considering the resources invested in those citizens. The second wave of African Diaspora migration refers to those escaping political persecution or economic hardship in the face of (military) dictatorship that was prevalent in most of Africa in the 1980s and 1990s. Yet another wave, though tiny in number, remains significant, is that of individuals uniting or reuniting with African or non-African spouses and those pursuing educational studies.

Pertinence of the literary project Echoes from the Diaspora has an intellectual and human developmental pertinence. An increasing number of African Diaspora, who had hung-up literarily on the continent are reconnecting in various ways, means, shapes and forms. This book is one of the various means of intellectually reconnecting with Africa, but also cross-culturally. The writings mirror a deep-seated love of Africa, sometimes still pure but other times diluted by cultural influences from the new homes of the writer. It is our contention that such writings deserve deeper investigations as there are signs that they stand out in a genre of their own. They also provide a window into the minds of these sojourning African sons and daughters.

As a literary project, Echoes from the Diaspora is equally intended as a contribution to facilitating the development of Africans who through the arts, literature and journalism will help Africa in telling its own stories. Thus in each of the three categories of art, literature and journalism, proceeds from the book will be committed to establishing scholarship fund for brilliant but financially deprived students of those disciplines as well as Award prizes to professionals who distinguish themselves in those fields of human endeavour.

Timing Deadline for submission of contribution is 15 April 2019. Book launch is planned for August 2019 in a country yet to be determined.